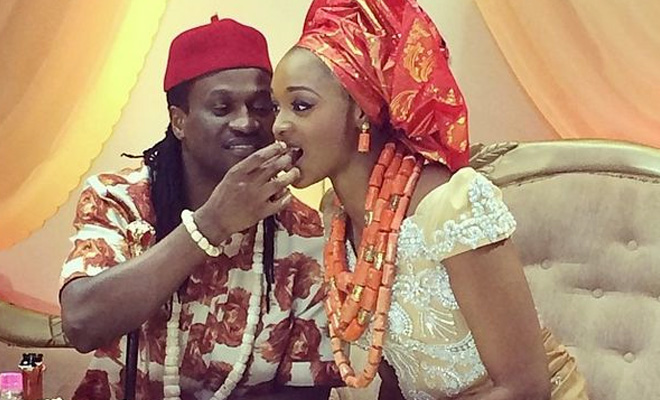 Birth, marriage and burial are considered the three most important family events in most cultures, and Igboland is not an exception to that.

It is common to get invited to a traditional marriage (Igbankwu) and certainly worth witnessing one. Marriage in Igboland is not just an affair between the future husband and wife but also involves the parents, the extended family and villages. First the groom asks his potential partner to marry him. Assuming that this is affirmative, the groom will visit the bride’s residence accompanied by his father. The groom’s father will introduce himself and his son and explain the purpose of his visit.

The bride’s father welcomes the guests, invites his daughter to come and asks her if she knows the groom. Her confirmation shows that she agrees with the proposal. Then the bride’s price settlement (Ika-Akalika) starts with the groom accompanied by his father and elders visiting the bride’s compound on another evening.

They bring wine and kola nuts with them, which are presented to the bride’s father. After they have been served with a meal, the bride’s price is being negotiated between the fathers. In most cases there is only a symbolic price to be paid for the bride but in addition other prerequisites (kola nuts, goats, chicken, wine, etc.) are listed as well. Usually it takes more than one evening before the final bride’s price is settled, offering guests from both sides a glamorous feast.

Get Educated in IGBO Language.